Legal Disclaimer
The contents of this website should not be considered or relied upon as legal advice in any manner whatsoever ; may be considered advertising under some states’ Bar Rules ; and do not establish an attorney/client relationship with this law firm. Unless otherwise stated, no article or text on this Internet site is, has been, or will be updated or revised for accuracy as statutory or case law changes following the date of first publication. Always consult with your lawyer, and/or your other professional advisors, before acting.

To prove the crime of Attempted Robbery, the State must prove the following four
elements beyond a reasonable doubt:

Defendant attempted to take money or other property from the
person or custody of Victim.

Force, violence, assault, or putting in fear was used in the course of the attempted
taking.

The property was of some value.

The attempted taking was with the intent to permanently or temporarily deprive
Victim of his right to the property or any benefit from it, appropriate the
property of Victim to his own use or to the use of any person not entitled
to it.

To prove an Attempted Robbery, the State must prove the following two elements
beyond a reasonable doubt:

Victim did some act toward committing the crime
of Robbery that went beyond just thinking or talking about it.

He would have committed the crime except someone prevented him from
committing the crime or he failed.

An "assault" is an intentional and unlawful threat, either by word or act, to do violence to
a victim, when it appears the person making the threat has the ability to carry out the threat, and
the act creates in the mind of that victim a well-founded fear that violence is about to take place.

If the circumstances were such as to ordinarily induce fear in the mind of a reasonable
person, then a victim may be found to have been in fear, and actual fear on the part of a victim
need not be shown.

The attempted taking must be by the use of force or violence so as to overcome the
resistance of a person, or by putting a person in fear so that he or she does not resist. The law
does not require the force, violence, assault, or putting in fear to be exerted against the victim
from whom the property was attempted to be taken if the force, violence, assault, or putting in
fear was exerted against another in the course of the attempted taking. The law does not require
that a victim of Robbery resist to any particular extent or that a victim offer any actual physical
resistance if the circumstances are such that a victim is placed in fear of death or great bodily
harm if he or she does resist. But unless prevented by fear, there must be some resistance to make
the attempted taking one done by force or violence.

A weapon is a "deadly weapon" if it is used or threatened to be used in a way likely to
produce death or great bodily harm.

"Great bodily harm" means great as distinguished from slight, trivial, minor, or moderate
harm, and as such does not include mere bruises.

If you find that the defendant carried a weapon that was not a deadly weapon in the
course of committing the Attempted Robbery, you should find him guilty of Attempted Robbery
with a Weapon.

A "weapon" is defined to mean any object that could be used to cause death or inflict
serious bodily harm. 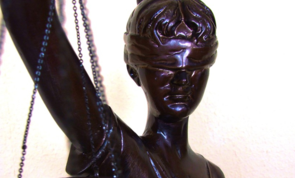